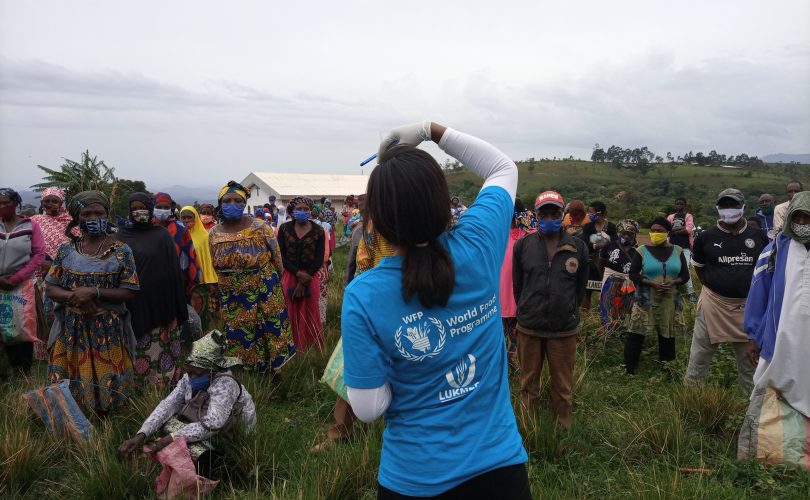 Within the framework of the ongoing food security project funded by WFP titled “UNCONDITIONAL FOOD ASSISTANCE TO IDPs AND VULNERABLE PERSONS AFFECTED BY THE CRISIS IN THE NORTHWEST REGION”. Partnerships with other NGOs, WFP through LUKMEF have been giving food assistance to 14 communities in the North West region of Cameroon. Made of IDPs, host, Local population, and returnees, a population size of 45000 individuals represented by 5609 household heads are benefiting from WFP’s unconditional food assistance.  According to the sub-divisional coordinator Mr. Edwin Choh, series of focus group discussions has been one of the activities in the month of April. Held in two communities that is, Mbatu with a total of 34 participants and Azire with 36 participants, the discussion was based on improving beneficiaries on WFP food distribution modalities, overall appraisal of the program’s response, share success stories, reiterate the importance of gender protection, Prevention of Sexual Exploitation and Abuse during food distribution, and Covid-19 awareness and response. Speaking with a beneficiary, Rose Mary, an internally displaced residing in Mbatu and a mother of 8 who is married and visually impaired. She attested that they were forced to move from her community because their house got burnt. When she arrived Mbatu, she had difficulties feeding the family, the house was small, no beds, and affording medical bills was a challenge. With the assistance given by WFP, she is able to feed her family. She has also benefited from WFP multipurpose cash assistance and with the money she bought mattresses, paid school fees, and started small poultry, keeping a hundred birds. Another activity that took place in the month of April is general food distribution which covers all the 14 sites.